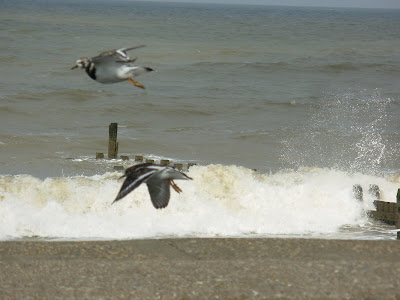 Here`s the answer.... Driving along the coast this afternoon we stopped by the sea wall at Walcott. It was a breezy afternoon, and gulls were soaring over the waves as they broke.
I remembered that I`d got a few bread crusts in the car, so got out to throw them for the gulls, but the wind being strong blew the bread back onto the seawall and pavement. The gulls seemed too timid to come and take the bread from there, so I got back into the car (I didn`t want to be had up for dropping litter! - can one, I wonder, be charged for bread thrown and not eaten by the birds??) 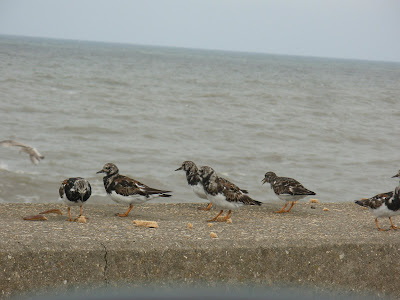 I`d not been back in the car many seconds when I spotted one of these smaller wading birds land on the sea wall, then two, then three and very quickly about a dozen or more of them appeared. They really seemed to enjoy the treat they`d found. 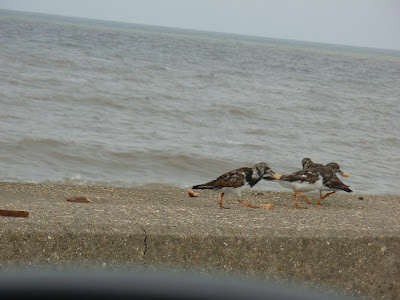