Are we really living in a more advanced world?

A shop in the town where I live, this week, had only one of its five tills working for two days, and then closed for a time - why? - because the computer had a virus and the tills had to be disconnected from the internet.
The same thing happens if there`s a power cut - tills and other devices cease to work and there`s no fall back solution.

So, are we really living in a more advanced world?

Working in a shop in the 1960`s & 1970`s, if the power went off, one just inserted a handle into the side of the till, cranked it round for each item the customer purchased and continued working and serving, keeping the shop open and business flowing.

Surely, with all today`s technology someone, somewhere can invent a back up system so as to not inconvenience us shoppers!
Posted by Ivy at 7:33 pm 4 comments: 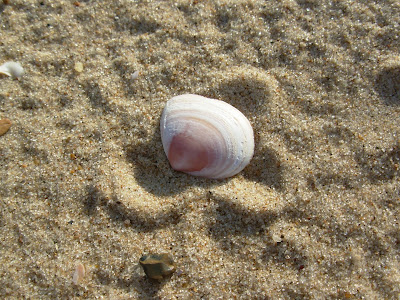 As I walked along the beach the other day, found myself resorting to a childhood pastime - picking up and collecting shells 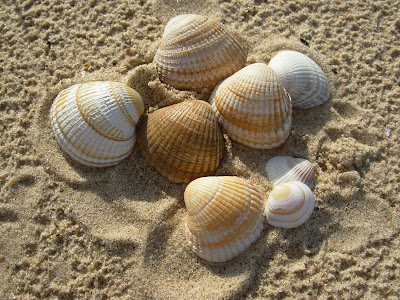 But, I did more than just pick them up, I began looking closely at them, and feeling their texture. Some, like this delicately shaded pink one, were so smooth to the touch whilst others, like this collection of them, had a ridged feel, and a crinkly edge. 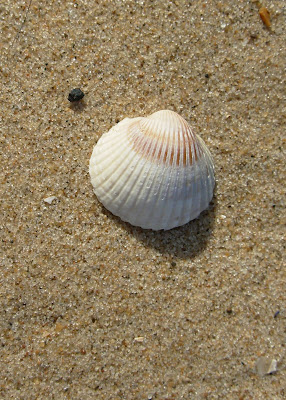 And, what struck me even more, was the fact that they were all different. No two were alike.

A bit futher along the sand, I came across these larger shells. At first I thought they were pebbles, but they caught my eye because they were almost glittering as the sunlight caught them. I picked one up and studied it. It was quite thick and heavy and you could almost see the age of it, but the layers of the shell. 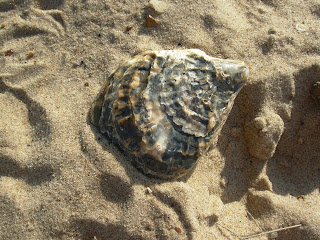 And, it set me thinking - how like the shells we are - all different, all with our own characteristics, yet all part of the community and the world. 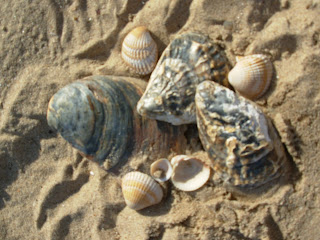 How many grains of sand were there on that beach? Far too many to even begin to count, and a verse of one of my favourite hymns came to me

We thank thee Lord, for sunshine, dew and rain,
Broadcast from heaven by think almighty hand
Source of all life, unnumbered as the sand,
bird, beast and fish, herb, fruit and golden grain. 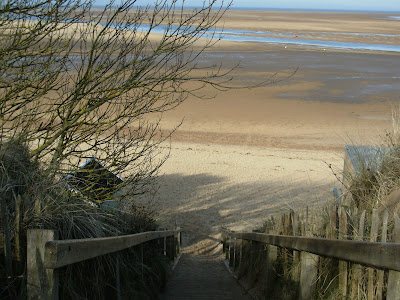 The sun shone.... it felt like spring in the air.... so I went to one of my favourite places for a walk 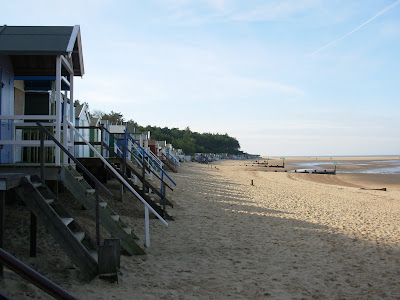 It`s so hard to capture in a single photo the feeling of the vastness and beauty of the miles and miles of golden sand. 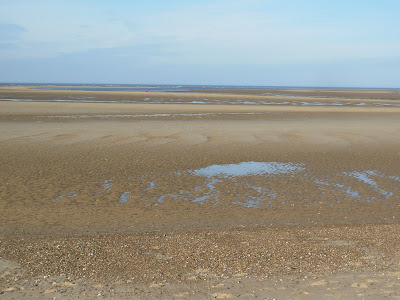 It`s one place where I feel really close to God. There is just such a "special atmosphere" there to me. I find as I saunter slowly along taking in the sight and vastness of it, thoughts come up from deep inside me - some from times past, some current, some sad, some happy, some problems, some worries, but there they seem to be put into perspective. And I come back refreshed. 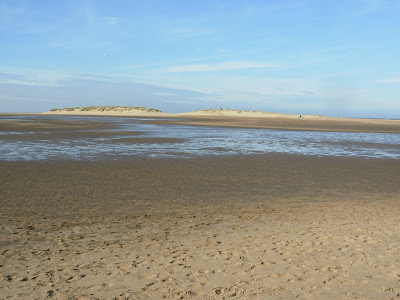 The event I`d been planning in secret for over two months now, took place today.

During those weeks over 50 people had been sworn to secrecy. I was rather doubtful whether the secret could be kept from the one person I didn`t want to know about it until today, but it had.

Today was my Mum`s 90th. birthday, and to celebrate it, I`d planned a surprise party. Invitations had been sent out in January and responses received, the church catering ladies had been consulted and liaised with, a friend had been briefed to bring a camera..... and now today was the day.

After taking my Mum out to dinner and for a ride along the coast in the afternoon, I manage to time it perfectly to get her back to our church where I`d arranged for the party to be held, having asked all the guests to be there before that time.

Once at the church, on the pretext of collecting some mail, I got the wheelchair out of the car and asked Mum if she would like to come in with me. She still seemed not to suspect anything. I wheeled her through into the hall and everyone started singing "Happy Birthday" to her, and then she realised that the group of people were there for her. 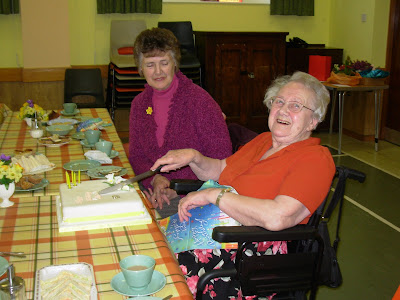 I think at times she was quite overwhelmed by the amount of love she was shown, and though the 70 birthday cards she received and all the presents too. People were so kind and generous, and it really "made the day". The surprise party ended with some entertainment of sketches and songs by some of the church members. 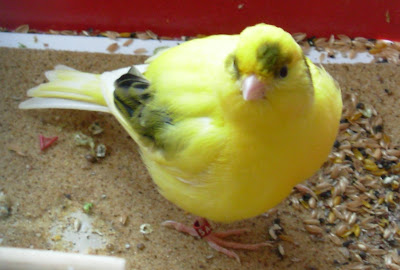 As promised a few weeks ago, here is a picture of my pet.

Unfortunately the angle of the photo makes him look a lot fatter than he actually is - guess that`s true for a lot of us at times!!

Why have I called him Sunny?..... well for two reasons, obviously his colour and secondly because he brings a ray of sunshine into my home every single day.
Posted by Ivy at 6:59 am 1 comment: